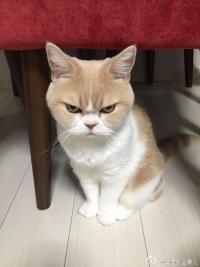 I am the architect. I created Batoto. I've been waiting for you. Your arrival here is the sum of a remainder of an unbalanced equation of strength among the congregation. Apropos, the birth of Batoto is none but a contingent affirmation of what was inevitable; its process is nothing more than the result of the predicates. The alternatives, left unchecked, would result in a cataclysmic crash of the network due to the grotesqueries of the nature of the others. Ergo, you are the eventuality of a reality, which through my sincerest efforts as well as many others have been able to gather to create what is otherwise a harmony of the network. While it remains a burden to sedulously avoid the others, it is not unexpected, and thus not beyond a measure of control -- which has led you, inexorably, here.

Even with the site closed for the most part, seems like haywire bots are still an issue for this site... I don't know what they're doing just making countless searches everywhere, but few bans and we're back to normal operation. I honestly haven't check this server in a while, so... it was probably at terrible speeds for a while now.

Batoto will be closing permanently

Hello everyone.
Batoto will be closing down permanently.
I just don't have the will to run this site anymore. This is not a sudden decision for me or something I make lightly, it has been on my mind for a couple years now. And I've finally made my mind to put it into action.
I started Batoto along with the crew from The Company back in January of 2011 and it's been a very meaningful part of my life. I don't regret taking on this hobby called Batoto and I cherish the role that I've played as well as the countless hours everyone else here has put in as well as the great community that we've built. I've come to see this like my baby. At 7 years, I suppose it's not even a baby anymore. But it is at a point where I need to move on with my life. I'm tired and I just can't do this anymore.
Batoto is proving to be ever more time consuming to maintain despite the fact that we have fewer real visitors. Our bot visitors are always growing as we're the only source that still gives true quality. I've made some serious and controversial changes to counter that like adding membership requirements. While that helped a ton at that time, it always creeps back and we're almost back to square one at this point when I look at the statistics. They currently make up roughly 35% of the traffic which are much more troublesome than real users. And I don't want to make more serious change to this site that'll inconvenience the readers even further. We've already lost enough.
It's not just the bots that adds to the technical issues. It's a big site with huge number of page views. It's just expected part of running the site. Whether it be a DDoS attack, scraper bots gone haywire, servers/hosting company being annoying, ad company being annoying, there's just so many stuff that I constantly have to deal with. Over the last 7 years, I haven't had a single day when I could just freely take a day off. If the site goes down, I had to be there, on my computer, ready to take action. I obviously don't do something every single day, but just making myself available is taxing on my life. The fact that I'm unable to take a vacation have often been a point of argument with others in my life. Anytime someone says, let's go somewhere, I could only say no. I have to be here. Sound sleeping is also a thing of the past. I have alarms that go off when the site goes down. I'd wake up in the middle of the sleep to take care of it. False alarm, while irritating, is one of the best things to see when I'm interrupted from my sleep. How else would I have always responded to issues immediately?
I've simply run out of will and I feel this is the best choice for me. I beg that the community understands this difficult decision I've made.
Services will be severely affected starting January 18th as servers expire, though content may still be accessible for you. By January 25th, critical number of servers will have expired that the site will no longer function. But you should consider 18th to be the last day.
I have stopped accepting donations for a several months now and I'll check to see if anyone sent anything directly and I'll be sure to refund them if they did.
Going forward, some of the staff members have and still are in the process of backing up the entire Batoto comic content as they have been notified of this decision well in advanced. They may choose to create a new Batoto or something simpler. That will be up to them, but I will no longer be part of running it.
I understand that our forum is a valuable form of communication for many. Because of that, I will be keeping the forums running for an extended period of time, date of which is not yet decided. I will also be making an export for your follows list so that your list isn't lost. Additionally, this list will be available as long as the forum is up and running. Other information that may be useful to the community may be filtered and backed up then made available for the community, but I will, under no circumstances, give anyone a full backup of the site or database. Many have used our system in confidence and it will stay that way.
I would like to thank everyone here for your patronage all these years. It has been a good run. Really, thank you. Wouldn't have made it this far without you.
---------------------
Looks like a lot of people are in a scramble to save what they can, and as a result, site is lot slower. I'm turning on the cloudflare anti-ddos protection to put the site back to a manageable speed. Will likely need to keep it on until the end.
- 2018/1/7
---------------------
The export feature has been added. Go to my follows and check the side bar. Realized there isn't much data to save when our IDs and such are all gone. But it's there anyway for the fuller version.
If domain is no longer up, forums will be available at the alternate address of vatoto.com (not used right now)
- 2018/1/13
---------------------
The servers have begun to expire. First the of the servers are now offline. With the exception of the main (control) server, it's designed so that load is shared among the rest when one goes down. So, it'll continually get slower to serve pages unless people trying to access also decreases. I will manually remove reader pages by 25th and migrate the forums away.
- 2018/1/18

So I've been posting bits and pieces on the twitter and twitter is just so darn short...

Batoto runs on number of servers and there's one main server that's at the helm of all other servers. It controls what processing goes where, balances the load and handles certain key features including uploads.

I may be over personifying, but every computer/server has a personality. And you tend to see it more when you push it to the max. This main server has been finicky for quite some time. Sometimes it doesn't boot up right... Sometimes when it's pushed to extremes, it just starts being an ass. It's always made my maintenance longer than expected and a large reason to a huge chunk of downtime in percentage.

Like the last tweet on May 17th (part1 part2) was about this server too. Whether it was intentional DDoS or a swarm of haywire bots (they happen surprisingly often... *cough* baidu *cough*), I didn't bother to investigate, but that ignited the jerkwad mode and the precipice of downtime. About 70%+ of my time sink and downtime was due to that. Historically, that wasn't even the worst event, but I don't intend to start another story time. Generally, after much effort, it goes back to being normal.

Today though... It just went poof. With no visible cause. Rather, it was it going poof that made me think it was having abnormal traffic as the outflow was off because it wasn't juggling the load properly.

It's still running. And throwing no errors. No error logs relating to hardware. Temperatures fine. etc. Everything says it's fine. But it's running at like 1/10th of the speed. And no matter how much I try to console it, doesn't seem to change.

So, I took the last resort and signed a new server entirely. Hooked everything up. And this is how performance has been restored now. (Would appreciate some donations. Actually not behind much since I'll be cancelling the previous later and I stick with monthly contracts.)

The main server is doing very little right now and adding even a tiny bit more would make it cry again.

The new server still needs to be handed over more of less demanding but still numerous tasks including handling of uploads (which is next in priority) (upload now complete). Once all of that is done, it will be the new main server. Do expect some minor down times as I still progress with this. But we should generally be online without super lag we've been seeing all day.

I'll keep y'all updated with any significant progress.