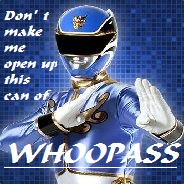 EVERYONE IN THIS SITE WAS WHINY AND UNAPPRECIATIVE AND SO FUCKING DIFFICULT TO MODERATE LIKE HOLY SHIT IT'S A FUCKING COMIC STOP CALLING EACH OTHER A WHORE AND A FAGGOT JUST BECAUSE YOUR OTP MAKES MORE SENSE THAN HIS AND SERIOUSLY YOU DON'T ALWAYS NEED TO HAVE THE LAST WORD IF SOMEONE IS BEING A DOUCHE JUST IGNORE THEN DON'T FEED THE TROLLS AND OH MY GOD STOP SLIPPING LOLI PORN PAST THE MODS I'M NOT TRYING TO TAKE A MORAL POSITION BUT WE JUST DON'T WANT IT ON BATOTO AND FOR FUCK'S SAKE STOP HARPING ON GRUMPY DO YOU SHITS HAVE ANY IDEA HOW FUCKING HARD HE'S HAD TO WORK TO KEEP THIS SITE GOING HE DOES THE JOB OF A SIX FIGURE SALARY PROFESSIONAL AS A FUCKING HOBBY NO YOU CAN'T GET EVERY COOL FEATURE IMPLEMENTED YES THE STAFF IS HUMAN AND MAKES MISTAKES NO YOU WOULDN'T DO A BETTER JOB NO MY MOM IS NOT A WHORE BUT WHERE IS YOUR MOM RIGHT NOW OH THAT'S RIGHT SLEEPING IN MY BED BITCH oh my god I've been holding that in for years I'm really going to miss you guys, see you on other sites more often maybe, if not then goodbye.


Yes the forums are staying up for awhile at least but I'm expecting a lot fewer people to use them.

Oh man... I decided to try dual booting Linux Mint on my Windows 7 laptop... Maybe Daktyl or mhh or Gendalph will remember this moment of my life. I never really liked my laptop because the wifi adapter was poor, the 17.3" screen was difficult to find bags for, and the perfectly flat and thin keys were difficult to type on, but this event just made me think that computers are sentient... and can have personality disorders.

First of all, I created several carefully apportioned partitions, as guided by numerous instructionals online. I used the windows tool, and I named them very intelligent things like "Linux OS" and "New files". This was on a laptop that already had some confusing partitioning, but basically two 500GB disks partitioned into acting like 4 250GB disks from the factory.

So then I run the Mint ISO off my USB, and in the install screen, lo and behold none of the carefully created names show up. Well instead of trying to guess where I wanted everything based on the size, I just chose an option to put everything in one of the almost unused partitions of almost 250GB and I figured I could sort it out later. (I just wanted to see and use Mint for a bit, even if I changed it later.) And it worked, and I had some fun customizing a desktop and such, never mind that the OS was on the same partition I would likely use for files.

Well a couple days later I need to use Excel, so I go back into Windows. OR NOT. CAN'T BOOT WINDOWS. Can't remember the exact error message, but it was a scary one. Safe mode same problem. Luckily I can still get back into Linux and access all my files, and the freeware knockoff of Excel sufficed for my project that day. But this needed to be fixed ASAP.

I asked lots of people for help; tried a bit, and a few people gave me some ideas on the Linux help IRC channel, between scoffing at screen caps of my partitions and laughing their butts off at the thought of me overwriting my boot drive (which I did NOT do, listen to me when I ask for help in the help channel ugh). Eventually one guy tried to help, but after spending several hours discussing why Linux was showing me different numbers and sizes of partitions than what I remembered from Windows and then walking me through some processes which I don't remember anymore, he did the internet version of shrugging and moved on with his beautiful, technologically coherent life.

On my own, I tried several boot managers, almost every windows recovery tool, asking my computer nicely, and fiddled with a bunch of BIOS options I really probably shouldn't have. Over the course of about 8 months, I just accepted the fact that I dun goofed.

Eventually, I copied the entire partition containing my OS onto a new partition in preparation for a master boot record recovery, and on a whim I decided to launch the clone OS of Windows that was recognized by the boot manager, AND IT WORKED. I don't know how. I don't know. I don't care. It worked, and I could play my games and use my office applications. And for the next maybe year and a half, I just used a computer that gave me the 5 options from boot - two identical Win7, one of which actually worked, two identical Linux Mint, both of which worked, and a Mint safe mode. Also, it recognized Mint as Ubuntu but don't tell me the actual reason why I don't care my computer works now.

After working through a few attempts and errors that made it look like it wouldn't work, Windows 7 even upgraded to 10 for free (on the old partition), and that's the current state of my laptop at the boot menu: a working Windows 10, a Windows 7 that I think doesn't work anymore but I never actually tried to work past the error message, a non-working Linux Mint (don't know why), a working Mint, and a Mint safe mode I still haven't tried in all this time. After all was finished, I learned a whole lot about FAT32/NTFS, partitions, and how operating systems work in general. I barely touch Mint anymore; the whole fiasco has turned me into one of those people who leaves applications open all the time and doesn't organize his desktop properly, and I feel a primal fear to never shut down my computer just in case everything blows up again.

Before I leave, kill a dozen elementary schoolers with a bottle of jack doesn't have the same ring to it.

Idk, that sounds like a great hit song to me.

Man, I just install pokemon go, come here expecting to be able to be able to get tipz and tell y'all to join team blue arcticuno mist whatever, and instead there's important stuff being debated. Stop it. No funsies. Play pokemon go and fight battles the old fashioned way - animal cruelty.

Love it. Like everyone else has said, they look more mature, which is fitting.

Well it's more mysterious in what did they do, what are their connections to the other characters we've seen, what were their fighting styles, why is one of them now a drunkard who thought dueling with Winter Schnee in front of everyone was a fun idea, etc.

The visuals look great from the first glimpse, so I'm letting episode 1 buffer in 1080p.

Are you certain it will stop them?

Personally, I'm not a fan of going members-only. I only became a member at all here after a long period of lurking, and I feel that my involvement in the community would have been wiped away if Batoto was a private site in the first place. I don't really want to force that on others, and I think that batoto's sort of flavor so to speak would change, not necessarily for the better.

I'm sure you've put a lot of thought into this, and if you're making the announcement it's probably necessary. I just think that, whatever happens, we should be committed to being as inclusive as possible.

Yeah I blame people not actually doing anything. >O But if there's enough demand I'd be willing to pick up where we left off, or start over.

omg koalas are so ugly

They have some nice koalaties.

Why the fuck do you people think I'll enjoy dead fish and furry erotica? 2hot and Merel are banned from this competition.

One post per day. Should have had this rule from the beginning.

You had the best post so far, but since, if i'm interpreting their post right, they were trying to post "nothing" but couldn't figure out how to make it more nothingful, they hardly deserve to win. I mean, how do you post nothingness, and manage to half-ass it?